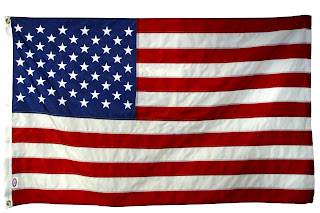 Tuesday, September 11, 2001 had begun as any other late summer/early fall day in Chicago. Clear and brisk with the remnants of the morning dew evaporating into what would have been a spectacular warm and sunny day. I had just purchased and moved into my two-flat the weekend prior and felt great about my new home and neighborhood.


I left my Lincoln Square home at 6:45 a.m. and headed north to Glencoe, IL instead of downtown Chicago where my offices were located. My photo crew and I were to start one of our typical location photo-shoots at a private residence for our client, Spiegel Catalog. Being the producer of the shoot, I like to be the first to arrive at the location. Knowing that I wasn't in any rush, I followed surface streets instead of the expressway from the north side of Chicago and into the suburbs. The convertible top of my Mercedes 560SL Roadster was lowered as I motored along, stopping at a local coffee shop midway to my destination.

The weather was wonderful and I was feeling good that my client chose a local home to use for the shoot as I absolutely love being in the Midwest for these crisp late-summer days. I arrived at the home and met with the homeowners who were eager to host a commercial photo-shoot. I went into "Ron, the producer" mode and walked about their home detailing the progression of our shooting schedule. These photo-shoots can be a very high-energy process with many people on and off set getting merchandise, props and equipment ready for several vignettes simultaneously.

Everything was going smoothly as my photographer and client set up the first shot of the day. As the crew was making decisions on lighting and props, the homeowner hurried into the kitchen where we were shooting and turned on the small counter-top television. She exclaimed that a small plane had just hit one of the WTC towers. We immediately focused on that small screen showing a live-feed of the towers.

We needed to continue with our work and did, but the photo-shoot didn’t have the same energy. The crew was functioning; however we all seemed to be somewhat in a trance, on auto-pilot. At one point I needed to run an errand to a local hardware store for some rigging supplies. While there I found ribbon in red, white and blue and crafted small tassels that I attached to every car antenna.

Returning home to Chicago later that evening as the sun was setting, I found my American flag and mounted it from a 2nd story window frame out front. I then placed several candles on the front porch, just as other neighbors did. I don’t believe I slept an hour that night, glued to the television and making phone calls to ensure everyone I knew in New York were safe.