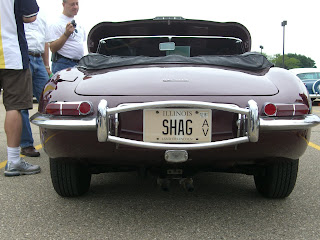 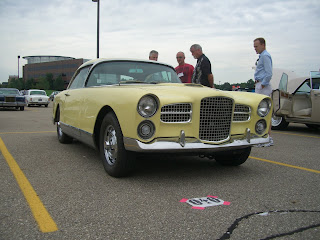 I just returned from Detroit after spending three days with friends from all over the country while attending the Lambda Car Club's 2010 International Invitational - Motown 2010.  The Detroit guys did a wonderful job planning the week-long schedule of events, giving participants many activities to enjoy.

There were many automobile related tours that included the Walter P. Chrysler Museum, General Motors Heritage Center, Henry Ford Museum & Greenfield Village and a Ford Rouge Plant Factory tour to name a few. A four-hour dinner cruise aboard the Ovation Yacht was one of many planned meals for the group of 400 club members.

Mario and I couldn't attend the entire week, electing to drive from New Buffalo mid-day Thursday and meet up with friends for dinner in Dearborn near the Fairlane Hyatt. We arrived and settled into the room and quickly made plans to have dinner at a local pub known for their burgers. Kevin gladly drove us in his '02 Camaro RS convertible. 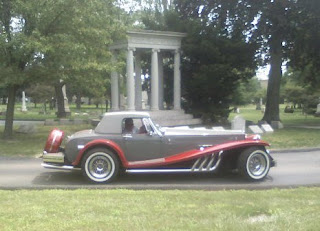 Friday morning offered a very interesting cemetery tour through many cemeteries to hunt down the final resting places of many notable Auto Barron's of Detroit fame. Jeff and I drove the Clenet, giving Jeff many opportunities to take pics of the car among the granite and marble headstones. We ducked out of the cemetery crawl midway, giving us the opportunity to meet with Mario for a late lunch at Cheli's chili bar and restaurant, owned by Chris Chellios.

Friday evening we enjoyed a tour of the Piquette Avenue Ford plant, the very first Ford assembly plant now being used as a museum and cultural center in homage to the Model T. 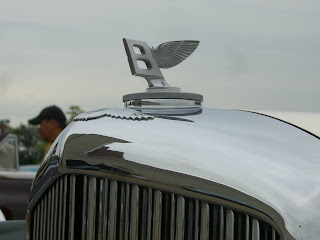 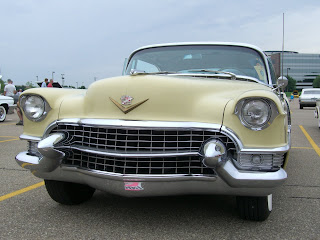 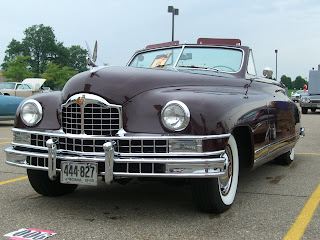 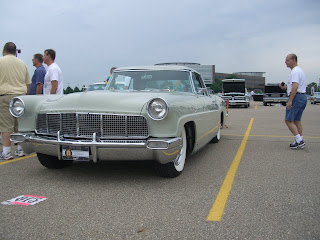 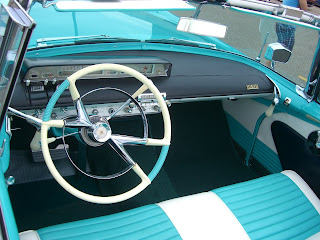 Saturday was the big day for our car show and awards banquette later in the evening. The morning started at 8:00 where I began to give the Clenet a good washing for the show. Jeff came down to the parking lot wash facilities and gave a much-needed hand. Jeff is now Executive Vice President of detailing chrome super-charger side pipes. Mario later joined in to work on a new front license plate framed Clenet logo along with repairing the deck lid gas-strut.

After the cleaning and minor repair, I drove the Clenet into the designated space and enjoyed the many cars on display. Mario then left early, getting back to Three Oaks where he had promised to volunteer for the evening. Jeff and I met back at the dinner & awards banquet in the hotel's Grand Ballroom where several very deserving cars received awards. 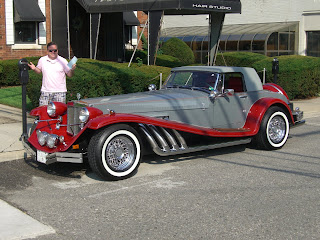 Jeff and I again jumped into the Clenet to get breakfast and a very impromptu photo-shoot of the Clenet receiving an imaginary parking ticket written for a 1929 Duesenberg. Of course the meter maid didn't realize I drive a Clenet Continental! The Sunday morning traffic was light, making my solo-drive home enjoyable and rather delightful.
Posted by Ron at 8/02/2010 06:28:00 PM

I was staying at the Dearborn Hyatt for Maker Faire Detroit this past weekend. I was very impressed looking down at the parking lots from the room--one lot just didn't look like the others! Thanks for adding to a very fun weekend.